Tele-counseling or In Person Services

A Leap of Faith

Have you noticed it is a leap year?  That means one more day in February.  In thinking about this leap year, the thoughts that came to mind were about man’s want to “control and organize” God’s creation.  How often do we put our lives in boxes?  Yes, we humans do like to be in control.

Years ago, while horseback riding on Maui, the guide inquired: “Do you want to swim in a volcanic pool.”  After verifying that it was an inactive volcano, we all agreed it sounded like fun.  We dismounted from our horses and commenced the hike to the pool.  This was before Lasik surgery, so I tramped on the journey without the aid of glasses.  Arriving at a clearing in the thick undergrowth, the more adventurous among the group just ran and jumped.  Everyone’s advice .. Don’t look, just jump.  Had I looked before I leaped, had I known what he was asking me to do, I WOULD NOT have jumped.

It seemed like minutes before I hit the water.  Followed by sinking until I could not see the light.  My first thought was to wait until I hit bottom and then just push off.  But this was a volcanic pool, who knows how deep I’d go before hitting bottom.  Thank goodness, for being born in Minnesota, land of 10,000 lakes and all those swimming and lifeguard lessons my Mother made me take.  As panic began to sink in, a lesson came to mind; let out a few bubbles and just follow them to the top.

What happened?  Well, since I am writing this, you can guess that all ended well.  Given a choice to jump again, would I?  Probably not, I didn’t like the feeling of being out of control.  I still, decades later, don’t know what scared me more the seconds of falling, the sense I did not know where up was, or being safe onshore and looking up at the top of the waterfall from which I had just jumped.  But then, if I had not jumped, I would not have this story to tell.

How often when God stands, offers us help, and askes to jump, do we say, “Who me?  No Way I don’t want to give up that control.”

We all have hurts, hang-ups, and harmful habits, including depression, anxiety, fears, addictions, and other struggles.  Yes, we tend to put all aspects of our life in boxes, so that we can think we have control.

CR will help you learn to listen, become more confident. You will discover how to surrender, have faith, and release your grip on the outcome.  All that it requires is the willingness to receive guidance and let go of your desire to control.

Just us on Tuesdays at 6:45 in Legacy Hall (Memorial UMC, Appomattox) where …

So we say with confidence, “The Lord is my helper; I will not be afraid." 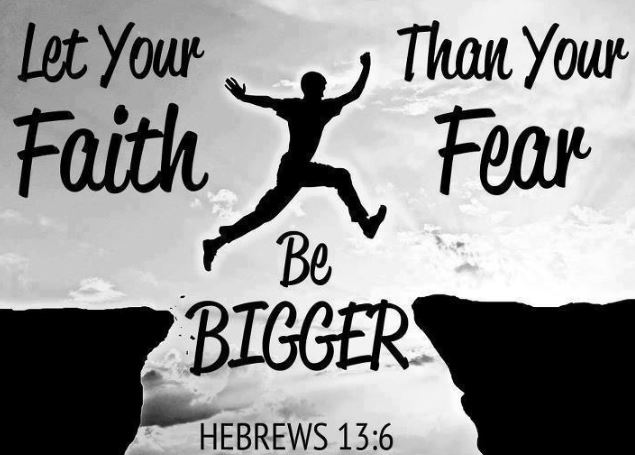